A downloadable game for Windows and macOS

In Game Dev Tycoon you replay the history of the gaming industry by starting your own video game development company in the 80s. Create best selling games. Research new technologies and invent new game types. Become the leader of the market and gain worldwide fans.

Start out in the 80s

Start your adventure in a small garage office in the 80s. Enjoy the hand-crafted level design while you develop your first simple games. Gain experience, unlock new options and create your first game engine.

In Game Dev Tycoon the decisions you make during development really matter. Decide which areas you want to focus on. Does your game need more gameplay or should you focus more on quests? These decisions will have a major impact on the success of your game.

Once you have successfully released a few games you can move into your own office and forge a world-class development team. Hire staff, train them and unlock new options.

With experience and a good team, you can release larger, more complex games. Larger games bring new challenges and you will have to manage your team well to deliver hit games.

Move beyond just releasing games and conduct industry-changing projects by unlocking labs later in the game. There are a number of secret projects that can be completed.

In order to download this game you must purchase it at or above the minimum price of $9.99 USD. Your purchase comes with a Steam key. You will get access to the following files:

Any chance of uploading the Android version from Google Play to here? Would be cool to see a DRM-free APK.

This is so fun game, I played it for days! I liked it!

I pirated it on my mobile phone. I do wish to see future updates.

This is so fun game, I played it for days! I liked it!

Great work! Keep making games, and never give up!

(I hope you are still making games, I am waiting for your upcoming games! All the best!)

Oh, this is that game where you seeded a free-but-unbeatable version via torrents, then falsely slandered those who downloaded it as pirates and mocked them for asking you for advice on how to beat the in-game piracy so that you could drum up the publicity to get it Greenlighted on Steam.

Reply
mossyblog6 years ago(+18)(-1)
False slandering? i mean...how do you even argue that point.. if you suffer from the injected feature you're a pirate by definition. If you don't, you've got nothing to be concerned about therefore all this is doing is illustrating that their are downstream effects that are within context (ie the game is about making freaking games?) and more over anyone pirating indie game developers specifically are not cool. It's as if they stepped on a kitten to be honest.

Yeah screw that guy for taking a passive approach to negative reinforcement with an emphasis on strengthening behaviour (encouraging better behaviour) vs weakening behaviour principles (suing or taking aggressive measures).

Your support is probably needed less in the game industry to be honest.
Reply
xAD6 years ago (2 edits) (+2)(-22)

You're a pirate by definition for downloading a free version distributed by the developers - for free?

EDIT: Okay, i'll give you the benefit of the doubt. Perhaps you misread something.

1) There are two versions of the game.

2) One version is paid and does not contain artificial piracy.

3) One version was distributed by the developers themselves for free and contains unbeatable artificial piracy.

4) Therefore, if you are playing the version with piracy in it, you are absolutely NOT a pirate of this game, by definition, whether or not you intended to be.

The free version "distributed by the developers" was uploaded to to torrent site and made to look like an illegal version, so no one downloading it then believed they were getting a developer sanctioned version of the game.

And the blog post "Falsely slandering" people is actually wonderfully moderate. The dev specifically say they have no quarrel with people who literally cannot afford the game or otherwise can't legitimatly aquire it. They even admit to having downloaded games themselves illegally. The post focused on pointing out that for a small developer the choice to pirate a game has real consequences. It was more of a guilt trip than an attempt at slander.

They weren't mocking the people asking for help with piracy, they were saddened by it, although they did acknowledge the delicious irony of people who believed they were playing a pirated version of a game lamenting the loss of revenue caused by pirates.

They message behind the move was simple and profound; if you want good independent to continue being made show developers its a viable option by supporting games you like. The dark future outlined in the post about online only social games squeezing you for dollars and cents every few minutes, becuase its the only way to get people to pay for a game, isn't that far away.

How it was distributed makes zero difference. As I stated before, even if everyone downloading it intended to pirate it, they failed.

Calling out people who did not pirate a game as pirates of a game is slander - "by definition" as a previous poster was fond of saying. Pissing and moaning about piracy does nothing to improve the situation for anyone.

Besides, they weren't merely pointing out the "delicious irony" (which, ironically, didn't actually exist) of pirates asking for help against piracy. They were sending out press releases about it, in which they somehow neglected to mention that the version with piracy was a separate version, leading to a bunch of articles about heroic indies magically thwarting pirates, leading to their dead-in-the-water game suddenly getting attention and getting Greenlighted.

The intent behind the move was simple: unfairly slam people everyone loves to hate to get publicity to get Greenlighted. The slander was intentional and malicious. It may not have been off-the-mark in any other case, but that isn't the point. The point is the reprehensible behaviour of the developers that everyone chooses to ignore because "pirates".

We have read every permutation of this argument numerous times. Those defending piracy seem to have an endless supply of excuses, justifications and usually a clear tendency to make up facts. Same here: We never made a 'press release'. The story spread completely organically and in fact, we were utterly unprepared for the flood of attention it caused.

Your entire argument seems to be: if you download a clearly labelled 'cracked' version that was uploaded by the developers anonymously, you are not a pirate even though you didn't actually know it came from the devs.

In other words: Pirates who download what seems to be a pirated copy later find out that it wasn't pirated and thus don't want to be called pirates.

It might be an interesting philosophical or even legal question but it's silly to argue that the people who clearly source their games from torrents are not pirates.

Anyway, as Mrdecency said, we were even careful to protect the identity of those who clearly used the 'cracked' version and we didn't attack anyone in particular. We simply pointed out that heaps of people where playing our game from torrents, in the believe that it was an illegal copy, playing it for hours and even contacting us personally for technical support.

PC games are an amazingly innovative market but without services like Steam were actual paying customers support developers those games wouldn't exist.

We were lucky (!) to get the support of paying players in the end. Kind of ironic: You seem to be angry because our story went viral. "I still don't support that kind of thing." We don't seem to deserve this in your eyes, even though we didn't plan it as marketing. Who knows, maybe without it we wouldn't have survived as game developers and we wouldn't be working on another business simulation game but would this not confirm the problems with piracy instead of the other way round?

Not every small developer will have the fortune of some random story going viral. Imagine, if the majority of gamers would actually buy the games they enjoy... 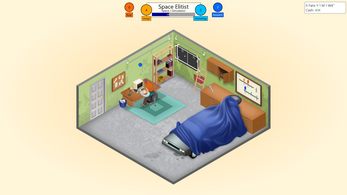 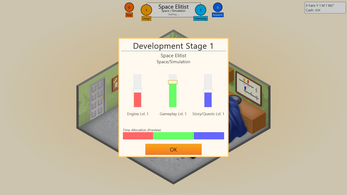 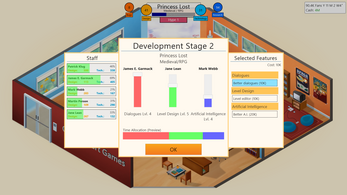 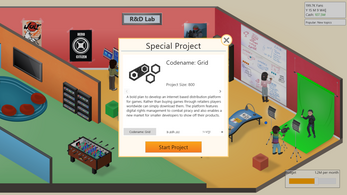 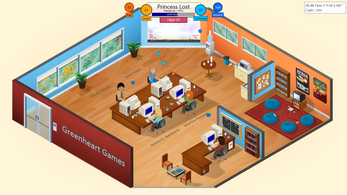